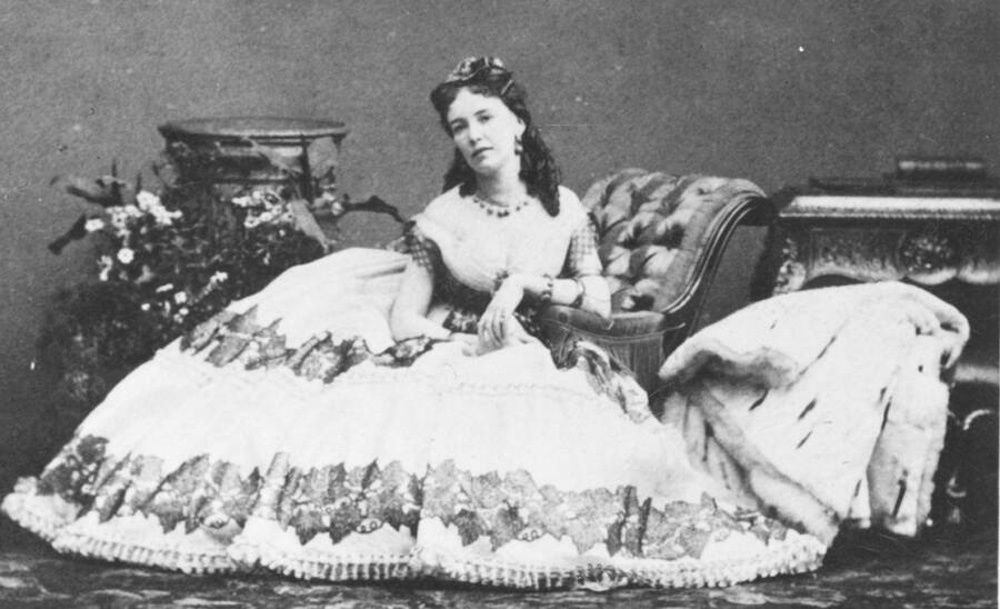 Main Menu Back to Blog

Hi Lovelies hope you are all safe and well. This blog is rather a long story but I loved the story of this lady.

In 1860s Paris, excess was en vogue — so was Cora Pearl. One of the most sought-after call girls with a black book of aristocratic lovers, Cora Pearl lived a life properly extravagant for the times, steeped in celebrity and infamy.

Before Pearl became one of the most celebrated whores of her time,” she was born a simple girl named Emma Elizabeth Crouch in Portsmouth, England, in 1836.

According to the story she was approached by a strange man, seemingly between 35 to 40 years old, on her way back alone from church one day. Promising that he would treat her to cake, the man lured her to a nearby bar behind the market where he gave her gin and raped her; she was 15 he left money under her pillow. She rented a room and it all started from there

Her rich lover and she had many took her to Paris So enamoured was Pearl by the rich culture of Paris — at the time ruled by the outrageous demimonde of the French upper-class — that she burned her passport and refused to return to London.

Paris was fertile grounds for Cora Pearl. Back then, prostitution was legal in France with sex workers only required to register and undergo routine health inspections. Armed with an ample bosom, tiny waist, and impetuous demeanour, Pearl quickly attracted the city’s men, including those born of blue blood.

Pearl also delighted in extravagant colours. She once dyed her hair the same yellow as the carriage in which she was riding and dyed her dog’s coat the same shade of blue to match her own outfit on yet another occasion. We may also have Pearl to thank for highlighter, as she mixed her powder with silver or pearl to give herself a translucent shimmer.

By 1860, Cora Pearl was the talk of all of Paris. She routinely hosted extravagant parties at her Chateau de Beauséjour property, at one point supposedly serving herself on a giant platter carried by four men, butt-naked with nothing but parsley sprinkled on her body. Go Girl

Kristina J. Live your life the way want you only have one, use it xx